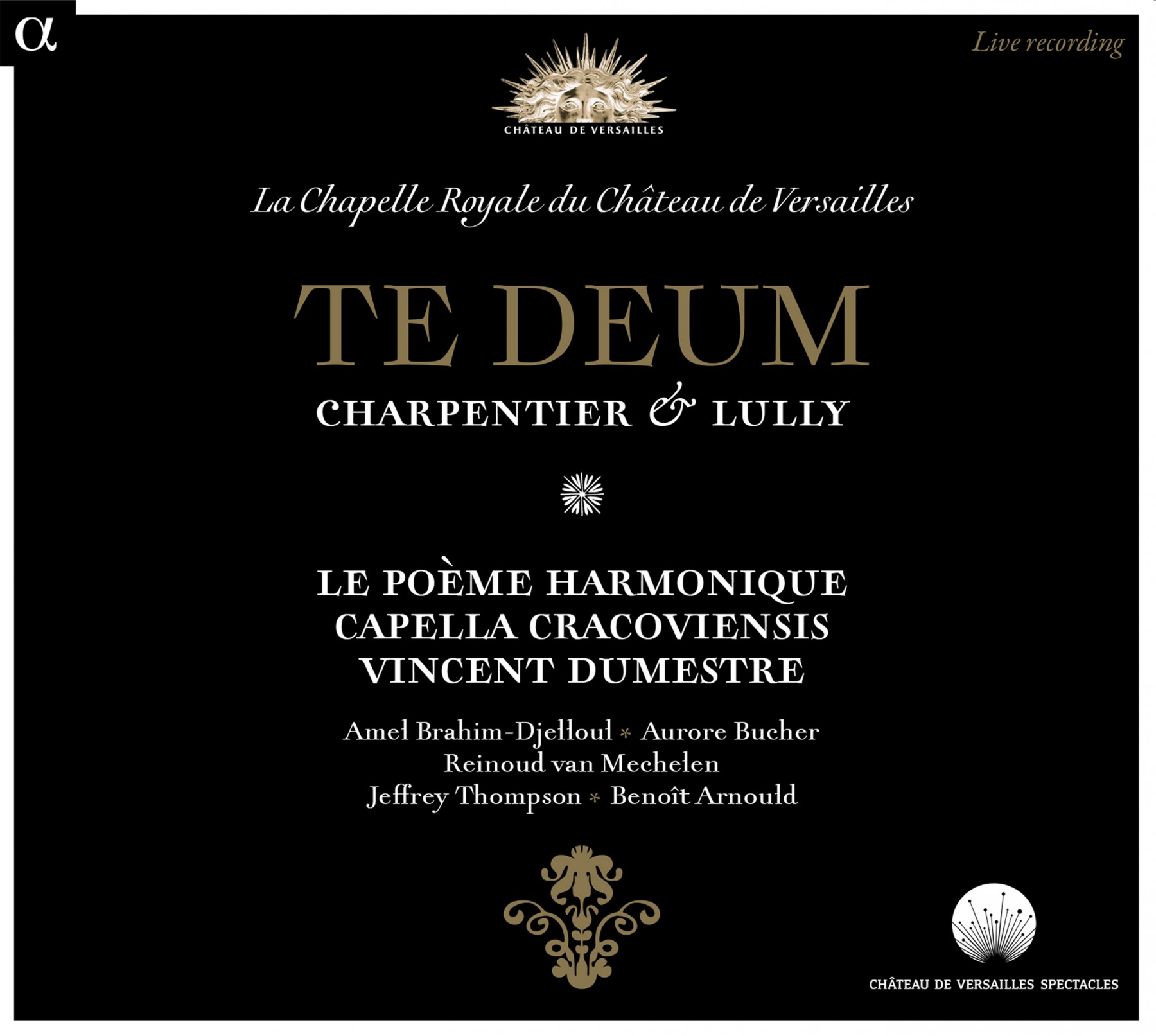 This recording for Le Poème Harmonique revitalizes Charpentier’s and Lully’s Te Deum, two magnificent pieces of sacred music celebrating the sun King’s victory and recovery. Lully, who was of Italian origin, found the essence and style of French art, while Charpentier gave the emotion and composition methods he had learned from the Italians to the music of his country. This is the story of two musicians, two countries, two aesthetics, and two fundamental stakes. Lully became a lauded composer, outshining Charpentier and relegating him to an undeserved subpar position.

In the press:
‘The Te Deum by Jean-Baptiste Lully … Vincent Dumestre, with his musicians, does full justice to this work, steering it safely into port. ’ (M.-A. Roux, Le Monde)