The École Harmonique – Démos: an innovative social and cultural initiative 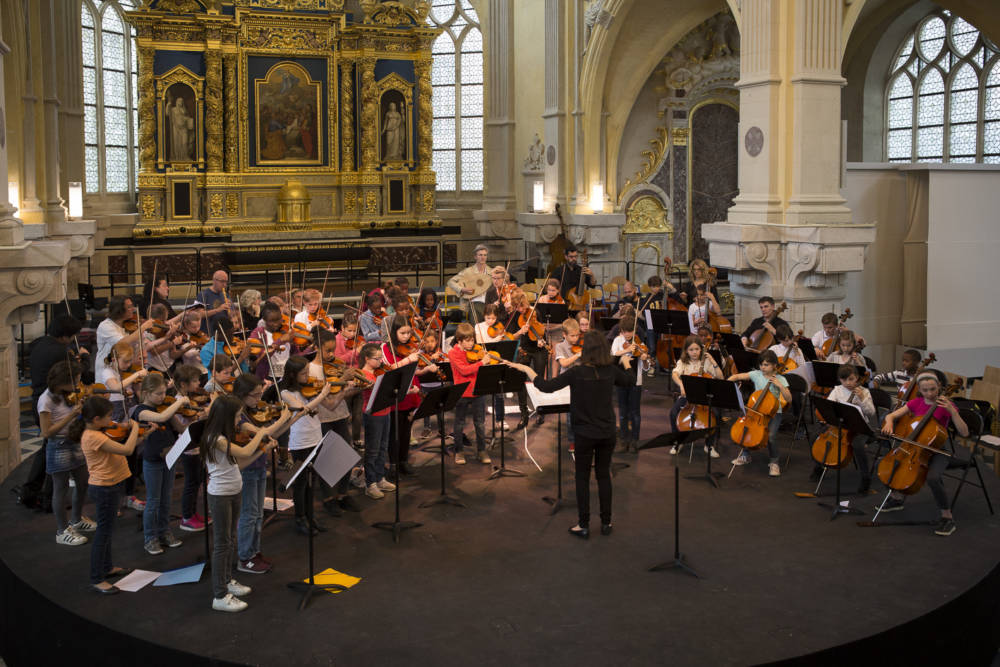 Always committed to the highest standards of artistic and universal expressions, Le Poème Harmonique launched an ambitious social, cultural and educational initiative in September 2014 in Rouen, the École Harmonique, which joined the Démos project led by the Philharmonie de Paris.

The École Harmonique – Démos is an ambitious cultural and social program founded by the Poème Harmonique and its artistic director Vincent Dumestre. It provides a free quality baroque music education to children aged 6-11 in the Norman city of Rouen.  The École Harmonique was founded in September 2014 at the Claude Debussy Elementary School in Rouen, located in the heart of the Grand’Mare district. The program, which involved 60 pupils in its first year now cares for more than 160 children.

In March 2019, the École Harmonique joined the Démos project, a musical and orchestral program for underprivileged children led by the Philharmonie de Paris. L’École Harmonique – Démos accompanies Debussy students throughout their elementary education. The team works in close collaboration with the teachers of first and second grade to construct a workshop program in line with the life of the class. The youngest children attend two early-learning workshops per week, while their elders are integrated into an orchestral group from the second grade onwards, where they develop instrumental, choral and choreographic skills. From the third grade onwards, the École Harmonique – Démos accompanies students who wish to deepen their musical practice through daily workshops, training courses, and meetings with students from the Conservatory and the Rouen Music School. This intense training allows children to develop their musical culture and practice throughout their elementary school career.

The École Harmonique – Démos is directly connected to the artistic activity of the Poème Harmonique. The curriculum is built around a repertoire chosen by the artistic director of the ensemble, Vincent Dumestre and the teaching team. The children regularly attend concerts and performances of the ensemble, thus allowing a real dynamic of transmission between the artists and the students.

The École Harmonique – Démos also develops partnerships with local cultural organisations in order to help its pupils discover the artistic operators of their area. The young orchestras of the Rouen Conservatory and the Rouen Music School have been associated with the project for several years, initiating exchanges between the students around their common orchestral practice.

Grand’Mare organisations such as the André Malraux cultural center and the George Braque middle school are also privileged partners in the project in order to follow the students’ progress within their neighborhood.

Much more than an artistic education project, the École Harmonique – Démos accompanies its students throughout their childhood, promoting solidarity and personal development through the collective emotion that the orchestra brings. 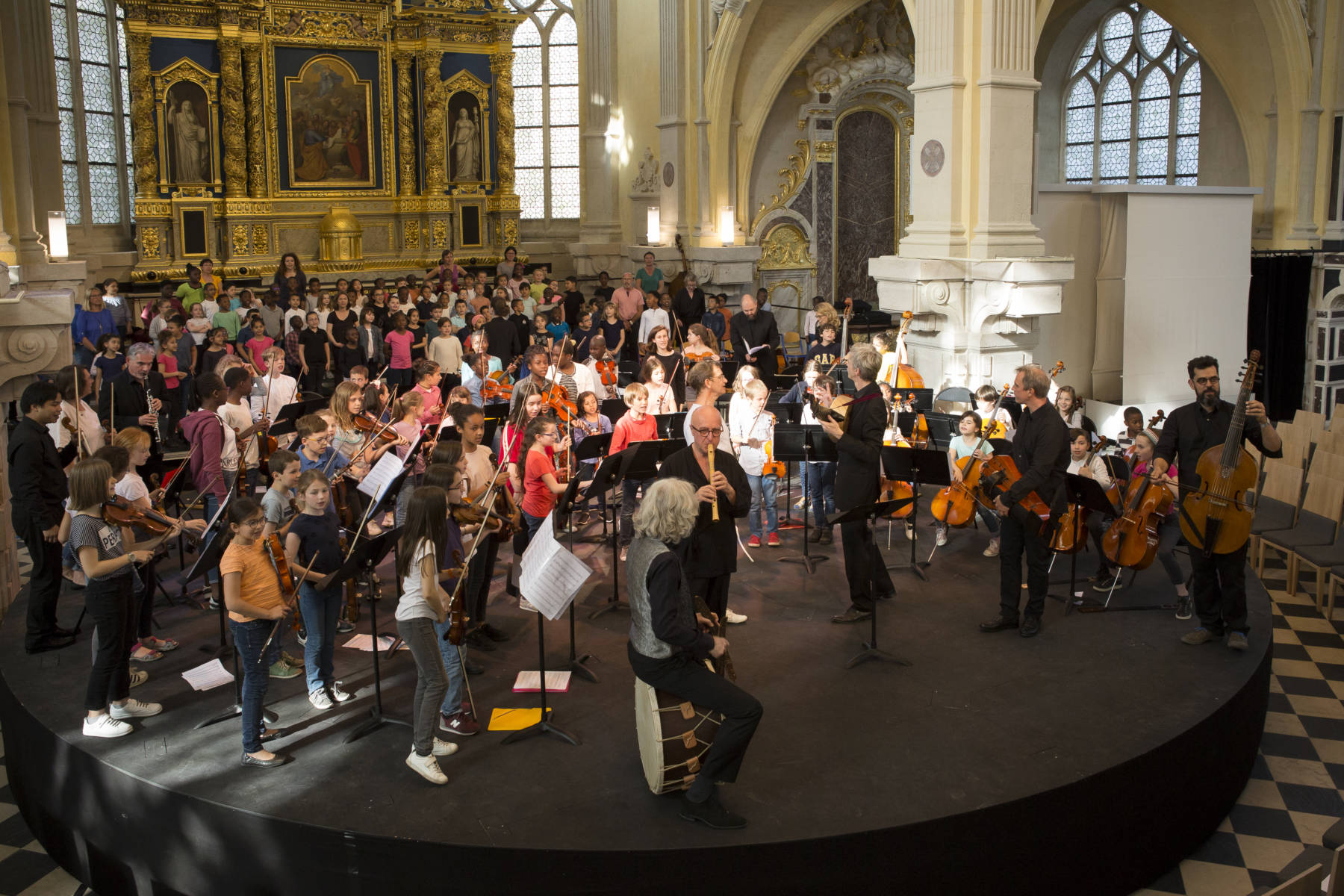 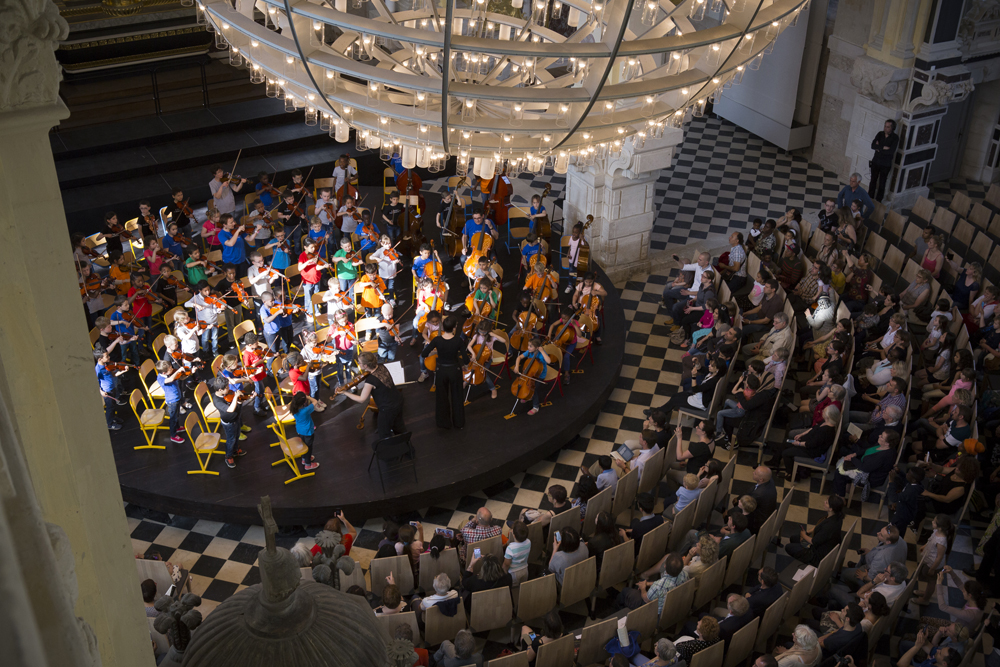 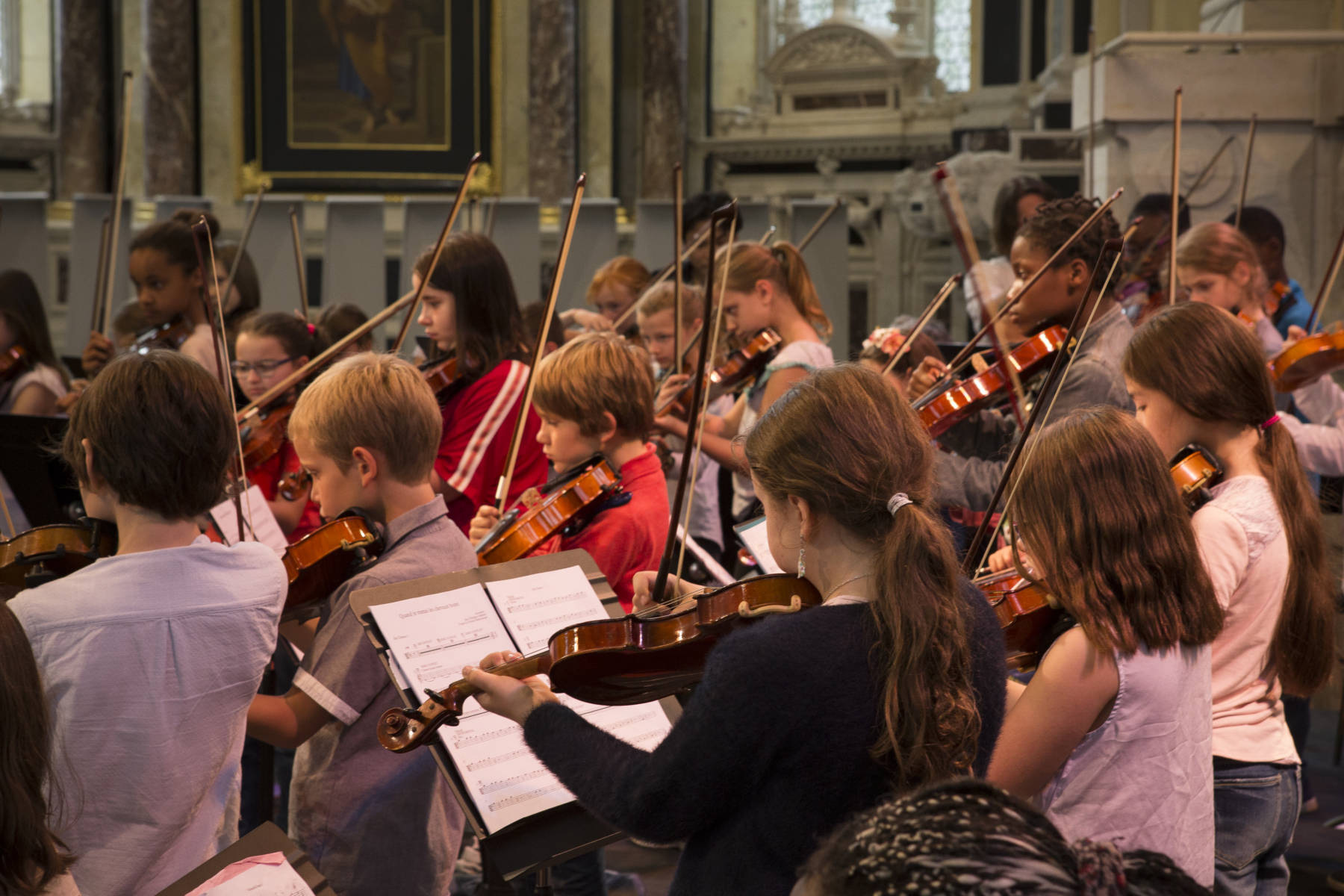 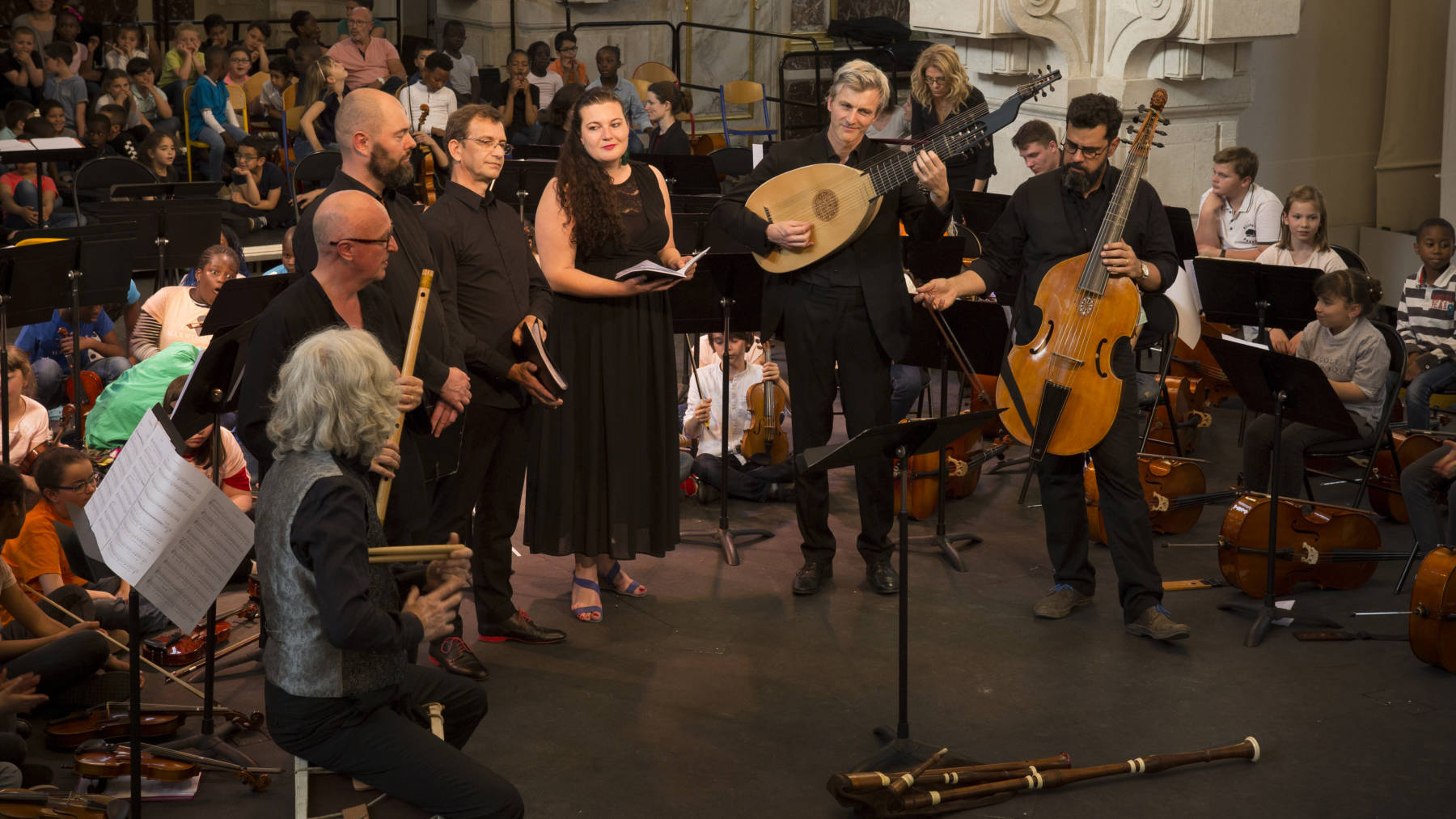 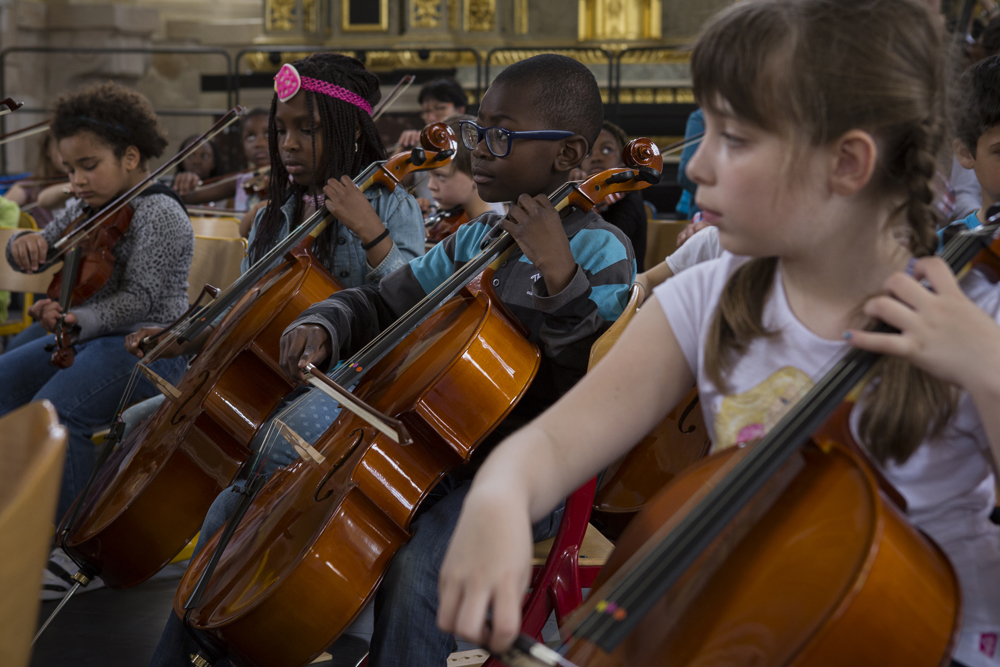 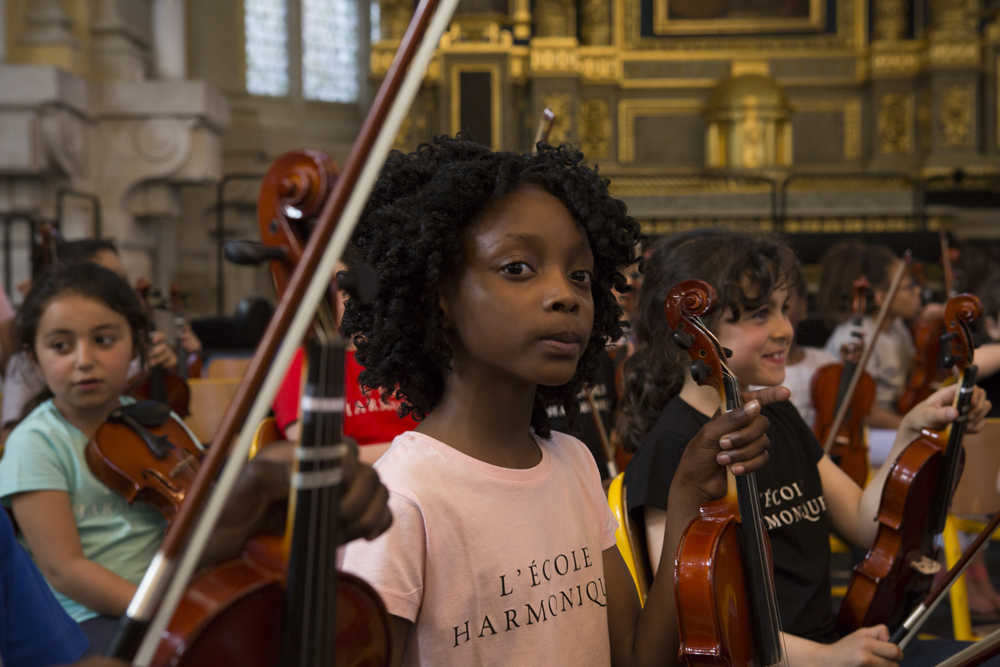 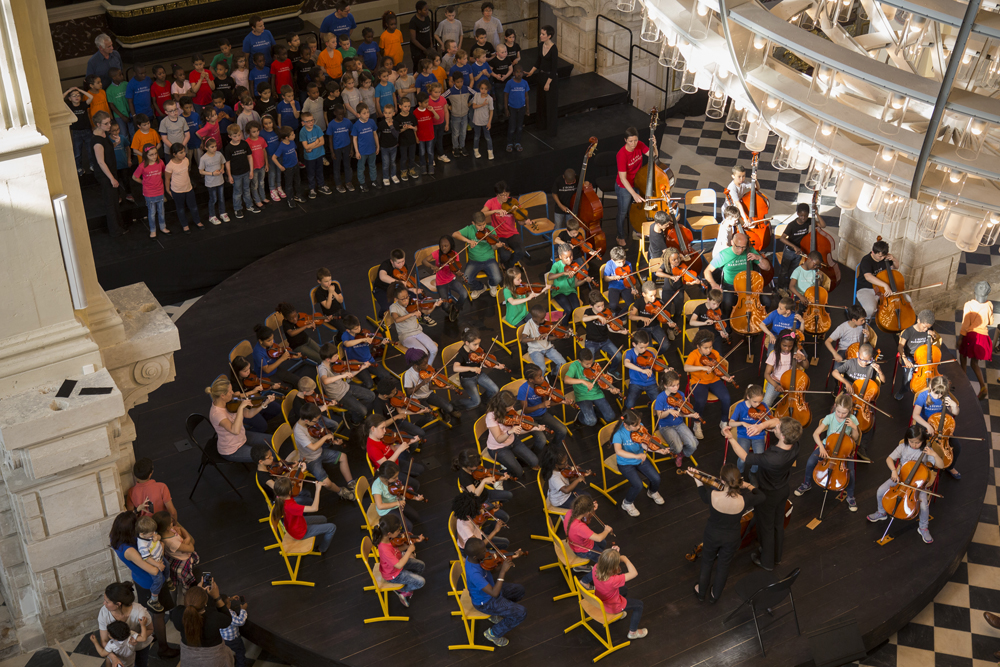 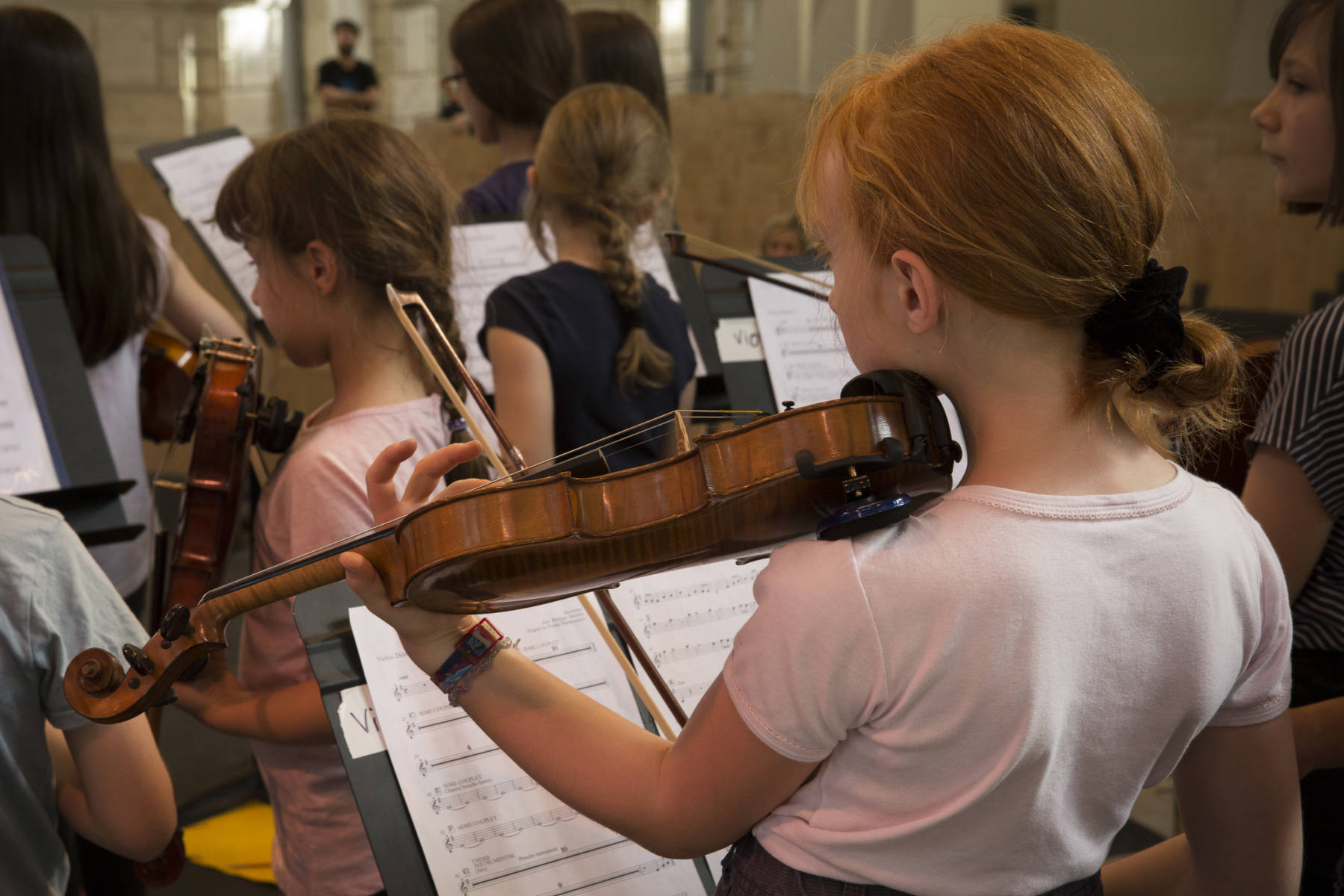 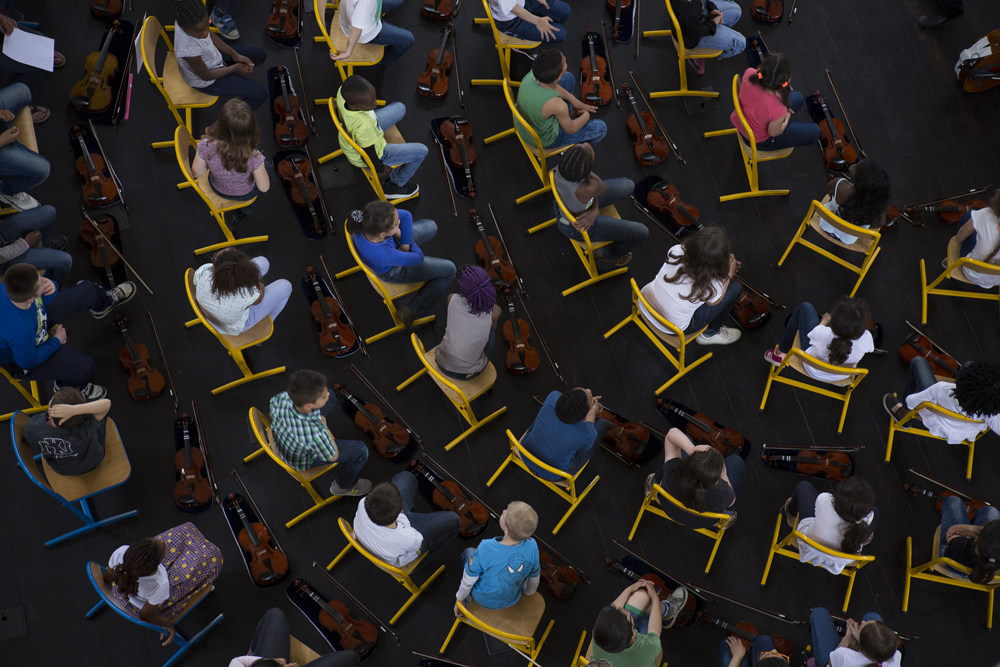 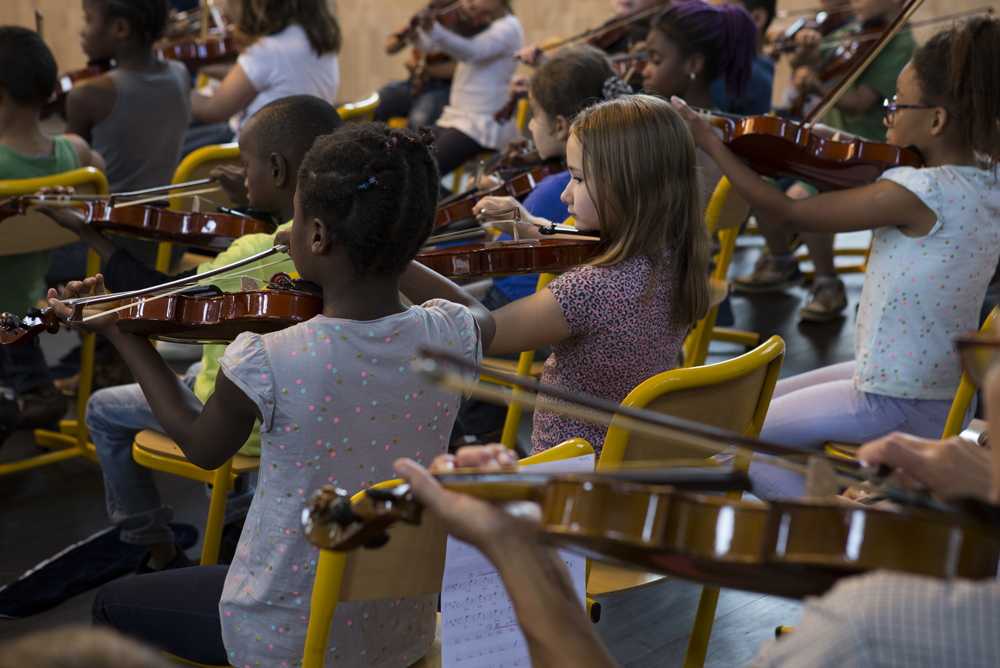