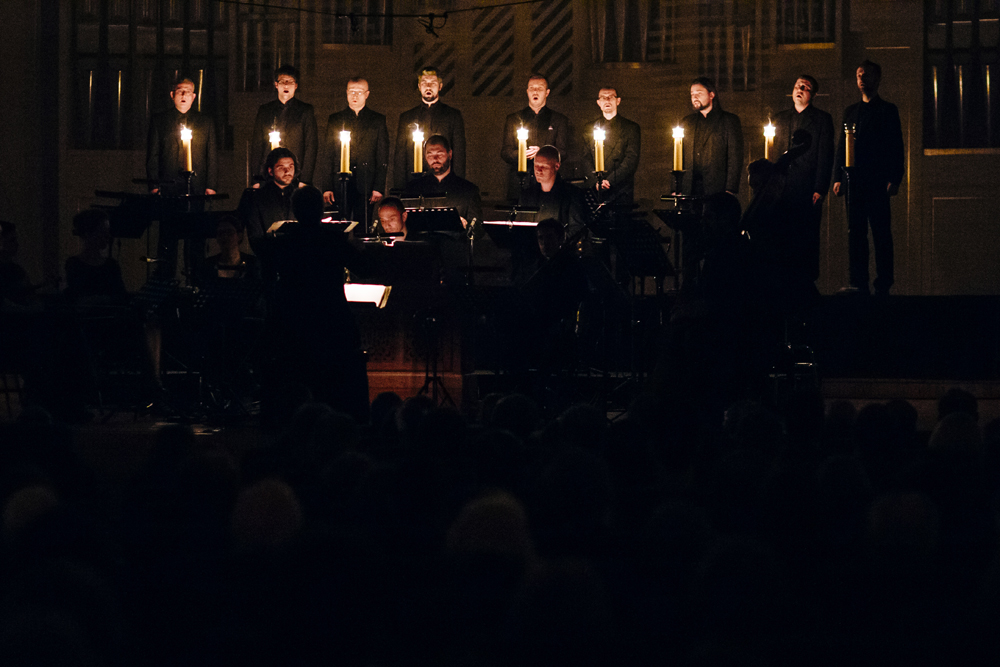 In the field of sacred music, Le Poème Harmonique is associated with the Holy Week celebrations of Tenebrae, of which it has provided new readings or revealed unknown masterpieces, presented during its tours around the world with the Leçons de Ténèbres of Lalande, Cavalieri, Couperin and others. Vincent Dumestre now turns quite naturally to one of the most extraordinary pieces belonging to that genre: Marc-Antoine Charpentier’s Méditations pour le Carême (Meditations for Lent), written for male voices. We now know that Charpentier suffered from having only limited forces available for the performance of this work, and felt that his intentions were thus betrayed. The soloists here are joined by the choir and an expanded instrumental continuo, in order to be more in keeping with the composer’s wishes.

This programme has been premièred in spring 2014 at the Cologne Philharmonic Hall, and at the Mysteria Paschalia Festival in Krakow.