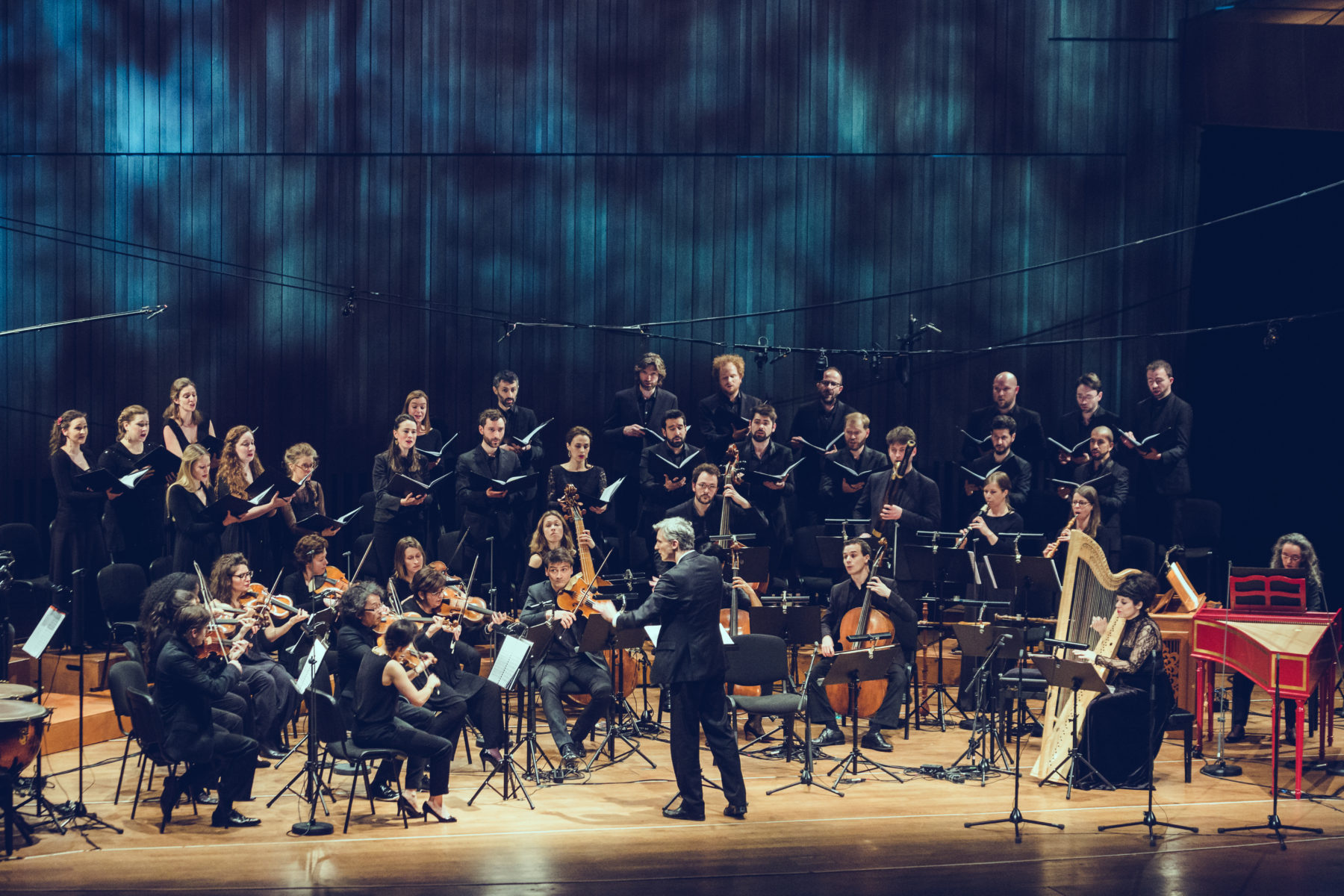 After twenty years of political and religious censorship, Purcell and his generation breathed life back into English music. The restoration of the monarchy and the reigns of Charles II, Anne, and William and Mary, marked the return of song, dance and festivities to the land. Musicians played an important role in creating these amusements and sumptuous spectacles.

The people were once again free to sing odes to Saint Cecile such as Welcome to all the pleasures, in which the chorus and harmony were blessed by the heavens. Drawing inspiration from French and Italian music, musicians invented a new language that absorbed a complete range of styles and expressive nuances. The deaths of monarchs, the custodians of these festivities, were the occasion for collective mourning, as revealed in the Funeral sentences for the death of Queen Mary II. Lastly, composers were aware that they were living through a time of blessing, and the tribute paid by Jeremiah Clarke to Purcell in his Ode on the Death of Henry Purcell is moving proof of this. Unfortunately, Clarke, like Purcell, died in the prime of life, and we can only imagine what the future would have held for English music had their symphonies not been cut short. But for the scores which they did compose, and the age that made them possible, we’re truly thankful: “God Save the Queen”!

Following its acclaimed production of Dido and Aeneas, Le Poème Harmonique has decided to continue its exploration of Purcell’s world and 17th century English society. Once again, the programme surveys the entire musical landscape, from Dowland to Lully to Elizabethan masks, and throws into relief the genius of Jeremiah Clarke, whose early death deprived us of many a musical marvel. This collection of masterpieces includes two of Purcell’s best loved scores and one exceptional discovery.

Creation in 2016 at the Opera of Rouen – Normandy