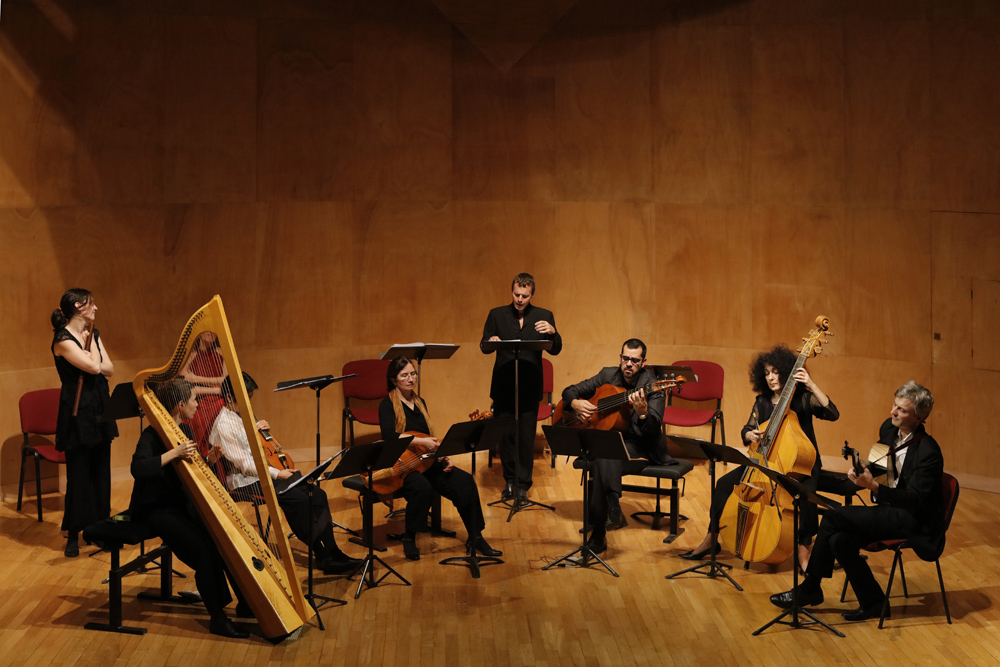 Returning to the roots of our repertoire, the Cœur programme sets to music the hardships and heartache of love.

The Poème Harmonique first achieved success on the international scene in 2000 with the French Airs de Cour. The ensemble brought to life unknown composers such as Guédron, Moulinié and Tessier whose polyphonic gems condense into a few short minutes a complex world of drama, comedy and sensation. One of the early building blocks of French music, in their apparent simplicity and extreme delicacy they occupy a place similar to the lied in the German repertoire. Many treasures remain to be discovered and Vincent Dumestre, returning to his first love, has chosen to bring back to the fore, alongside Guédron and Bataille, forgotten composers like Fabrice Caïétain, Didier Leblanc and Girard de Beaulieu, whose work spans the Renaissance and Baroque periods. A team of vocalists and instrumentalists – four singers, a consort of viols, lutes and wind instruments – unrivalled in this repertoire will do more than justice to the sumptuous timbres demanded by this music of kings.

This programme has been recorded on the Alpha label.

« The continuo group turns in yet another outstanding performance, and at the risk of repeating myself, Claire Lefilliâtre’s is a voice that one does not tire of hearing. » (Fabrice Fitch, Gramophone)