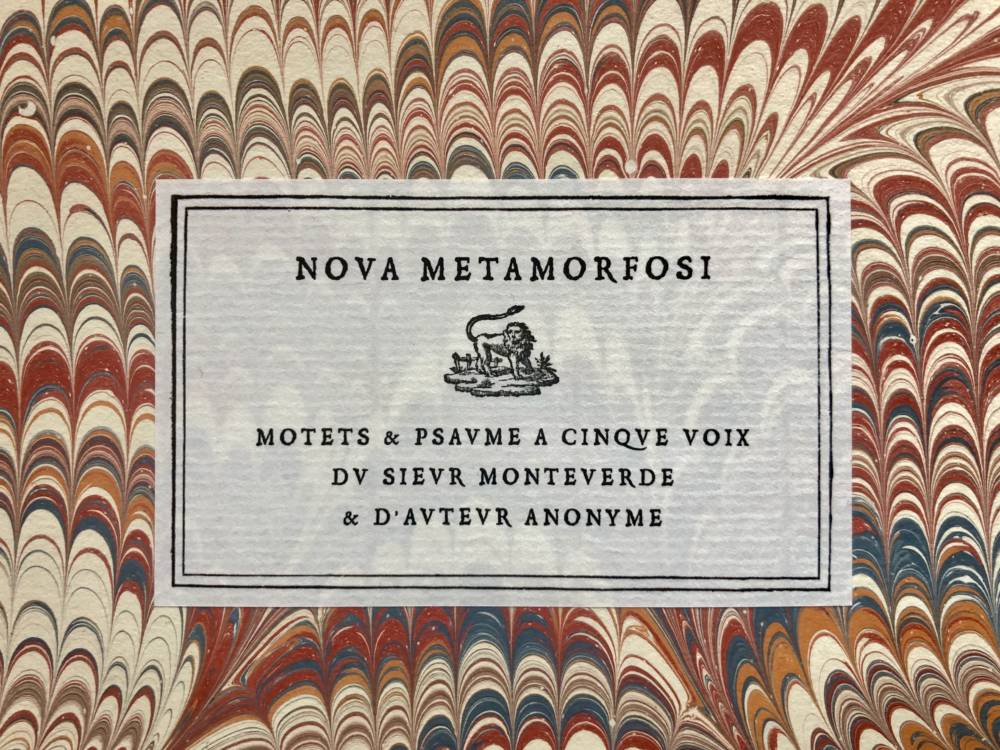 When numeric replace every supports and the paper edition is becoming rare, Le Poème Harmonique opens a new page : Les Éditions Harmoniques. Thanks to Vincent Dumestre’s researchs and arrangements, this recorded pieces by Le Poème Harmonique never edited find here their paper format. Partition but also work of art ! Luxuriously covered with Venetian paper on an Italian format, decorated with fleurons and a XVIIth century typography, this first edition takes over every key pieces of Nova Metamorfosi (Alpha 039), and allows the music lovers to follow the music, by being in the XVIIth century esthetic.

Vincent Dumestre, why this editorial project ?
The confinated period due to coronavirus gave me the oportunity to think of a response to give to the mutliple requests the past few years of amateurs and professionals who want to play the pieces of the Poème Harmonique repertory. I never had the time to respond to every request and it was difficult to do it because, except few known pieces such as Te Deum de Charpentier, Stabat Mater de Pergolesi, I mostly cared, this last twenty years, about pieces unknown or unplublished, stayed most of the time at the state of manuscripts, unavailable for the audience who does not go to libraries where we can find this kind of ancient manuscrpits.
Modern editions do not give acces to this partitions ?
Of course they do ! But the reality of the musical editions today can’t reflect the entirety of what what’s played during the Baroque era : at least 90% of non-edited manuscripts stayed in the libraries. Moreover, the edited music in the XVIIth century is a minor part of the musicale production in Europe. Far away from our modern habits, brotherhood musicians, amateurs or even nobles known and played a large part of their repertoire by heart. This repertoire is often think to respond to the absence of partitions: the improvise song, the diminished falsobordone, the grounds that allow musicians to avoid unconvenience of indivudal partitions – and espacially its cost – by knowing only a part of the piece by heart, the rest being improvised. When the work can’t be memorised, the singer’s score or the instrumentalist’s score is a memory help instead of a partition that we know nowadays : the notation is mostly manuscript and we find only the part that he play or sing. And, most of the time, this memory help will not survive to the musician. For example, the 26 first Monteverdi’s venitian operas have never been edited, only few manuscprits copies have survive until nowadays. So, this new work is only a little piece in the gigantic world of ancient partitions.

To know the next dates of the ensemble, go to the Poème Harmonique’s agenda.

To find out more about the ensemble’s programs, explore the programs and recordings 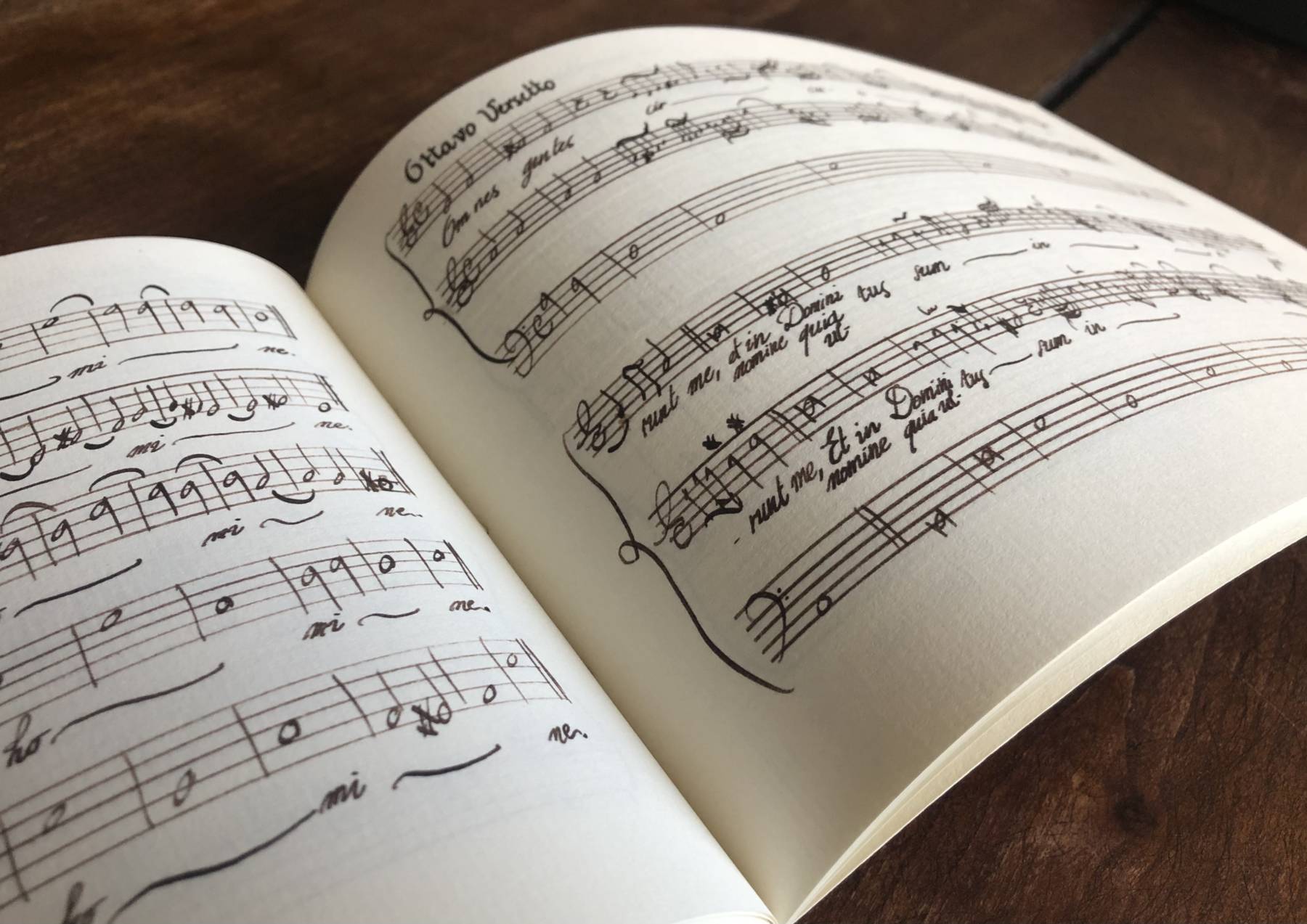 What does modern publishing bring ?
The simplification of edition allowed a deep democratisation of the edition, dissemination of treaties, the multiplicity of versions. It also helped to open the critical reflexion that benefits the ancient music. I am indebted to, as a musician, the incredible editorial work made in France, including the work of The Éditions du Centre de Musique Baroque de Versailles, which gives me the oportunity to initiate the collection Airs de cour with Alpha label, that is so dare to my heart, or to prepared Cadmus & Hermione by Lully, patiently edited, corrected and arranged by musicologists Jean Duron and Thomas Leconte; I am indebted to the italian editions Spes, whose lute tablatures or Barbara Strozzi’s tunes I devoured at the beginning of my career, to the Switzerland editions Minkoff, where I discovered the Castaldi’s first works.
So apart from its contribution to the repertoire, what is the specificity of Éditions Harmoniques?
First, how it works. Every repository is the double of a recording of the Poème Harmonique, that allows the music lover to extend the pleasure of listening by reading the artwork. The Italian format limits the number of pages, so I’ve choosen in every repository pieces which have received the most interest from the public and which seem to me to be the most urgent to edit. In this first volume for example, several types of pieces are collected : madrigal aux voix, with instruments, or faux-bourdons : but all the pieces are extract from our disc Nova Metamorfosi, edited by Alpha in 2003, and existed like this in a modern collection. 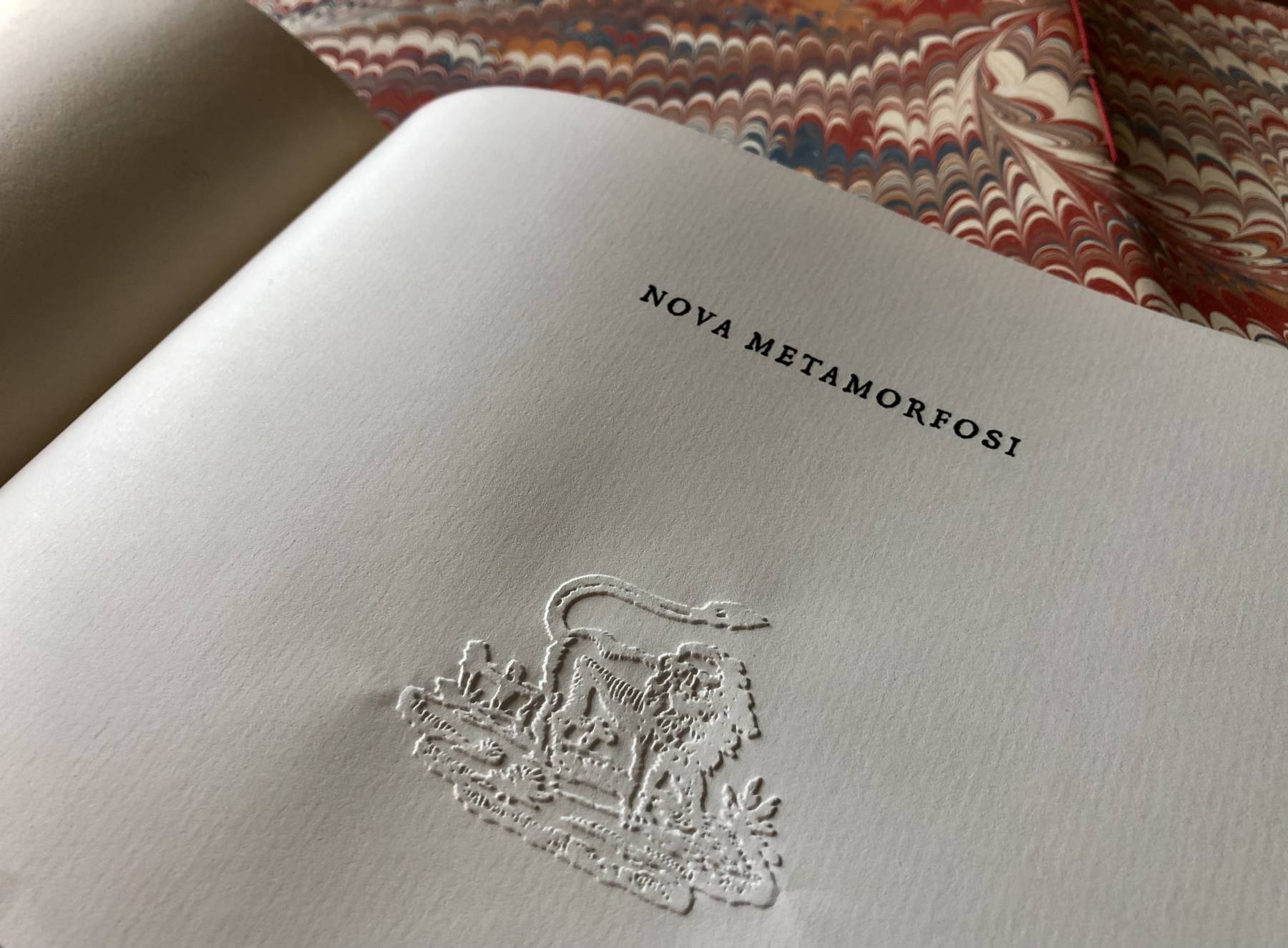 What is striking is its aesthetics: it feels like leafing through a period manuscript!
I had an aesthetic shock when I first crossed for the first time, 25 years ago, the monumental gate of the Marciana library at the San Marco’s place in Venice. There, we extract ourselves from the noises of the crowd and the lagoon’s waves hitting the docks, to come into a silent and dark universe, where the time does not pass as it does elsewhere. I discovered the joy of being surrounded by splendid works of art, not only by their origin, by the quality of the compositions, but also by their beauty. Shaped leathers, parchments, jewels that brighten up the pages, hallmarks, golden or carmine threads stitching, basane or vellum binding (this dead-born calf whose skin keeps a very white color), golden threads or roulette gilding, engravings, faded inks, coats of arms and seals reminding the figure of the patrons … And the most touching, the manuscripts: the quality of the writing, hard and laborious or, on the contrary, fast and efficient, notes and didascalia that appear in the reduced spaces left by the copyist (at a time when paper was a rare commodity), precious scratches that sometimes tell us a lot about the artist’s choices…

That is everyting that I wanted to find in the Éditions Harmoniques, who are note critical editions, in which we could find advices for the interpretation, footnotes, editorials remarks or compared analysis of several editions. This edition is rather an accompaniment to our recordings, and which invites the music lover into the secret world of the musician of the baroque period, trying to restore to the partition object the beauty it once had.

How could you describe this edition ?
It is conceived as a period manuscript. In an Italian format typical of manuscripts of the Baroque period, it is bound with a marbled paper cover (handmade by Marianne Peter on the model of 1640) which makes each notebook a unique copy. It is decorated with an embossing (relief inlay in the paper) representing the lion of Venice in a normand bocage – symbols of the edition (born in Venice at the beginning of the 17th century) and of our roots in Rouen, which also indicates that French and Italian music will be honored there. We have used 17th century typography and fleurons, and the copy is entirely handmade by Marouan Menkar-Bennis. I hope that this notebook will be an object of art to which as much care is taken as for the music itself, in order to recall the fundamentals of the Poème Harmonique: to put the work in its context, not to sacrifice beauty for the sake of the useful or the efficient, remembering what was valuable, in the eyes of artists, music lovers, people of taste, three centuries ago. The democratization of access to classical music, as well as the democratization of music publishing should help us to contribute to this!

Will there be other books published?
Of course! But the public will decide. We will take into consideration the request of music lovers to access these unpublished scores. We will only edit what is not or no longer available in modern publishing. For instance, there is no question of publishing Cadmus and Hermione or Phaéton of Lully, since the edition of the Centre de Musique Baroque exists. But if for certain re-edited works, the work of restoration (in the conservative sense of the term) and therefore rewriting that we have carried out is not found in other modern editions, they will probably deserve to appear in the Éditions Harmoniques – this is the case for certain French court arias, for example. 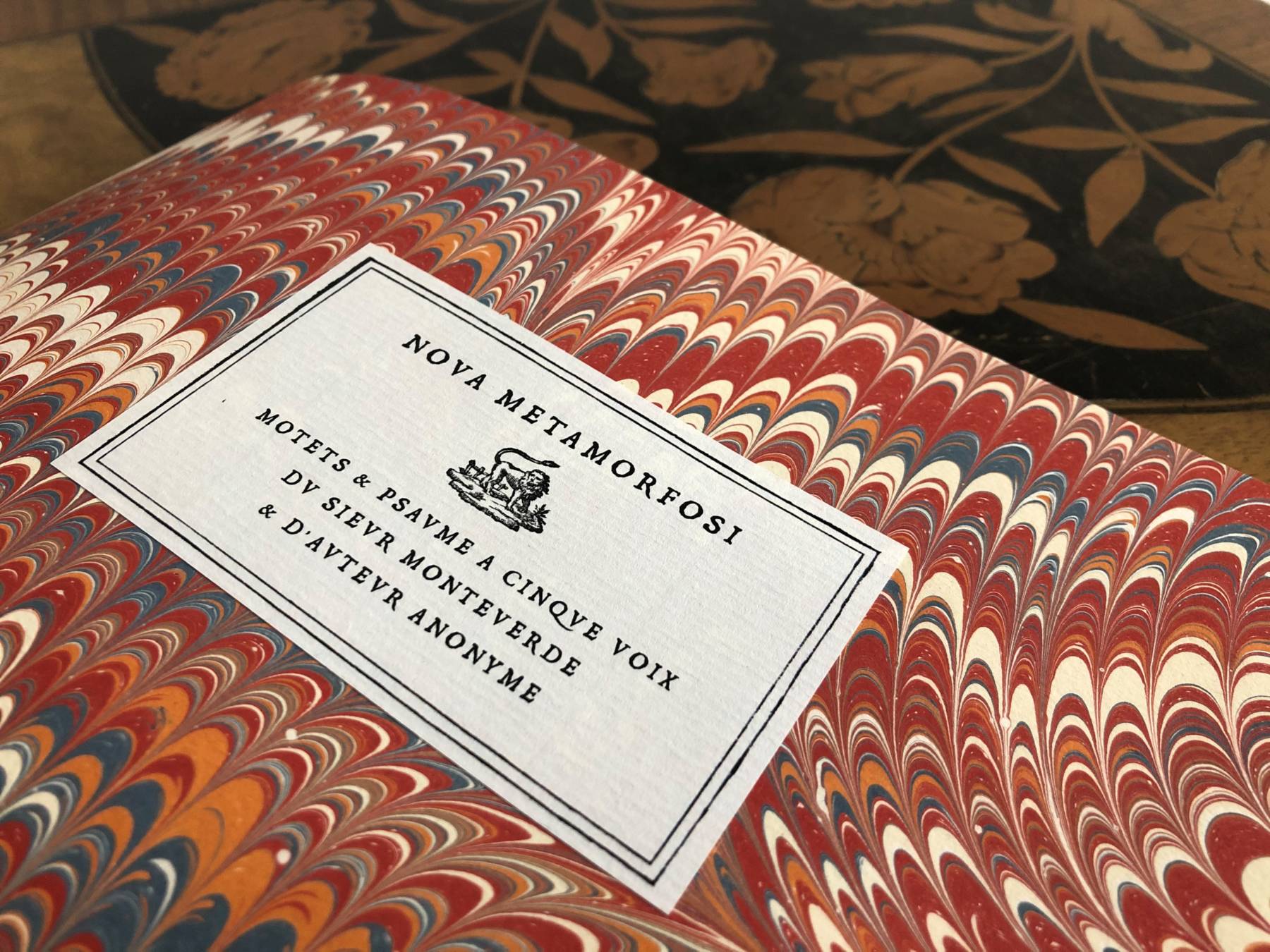 NOVA METAMORFOSI
Motets and five-voice psalms by Monteverdi & other anonymous 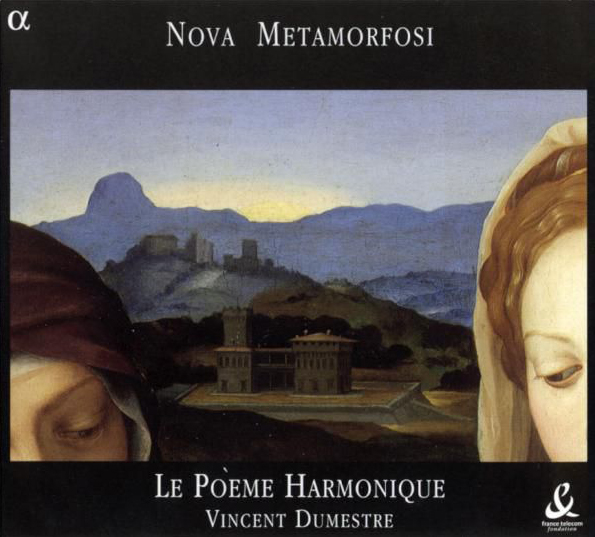 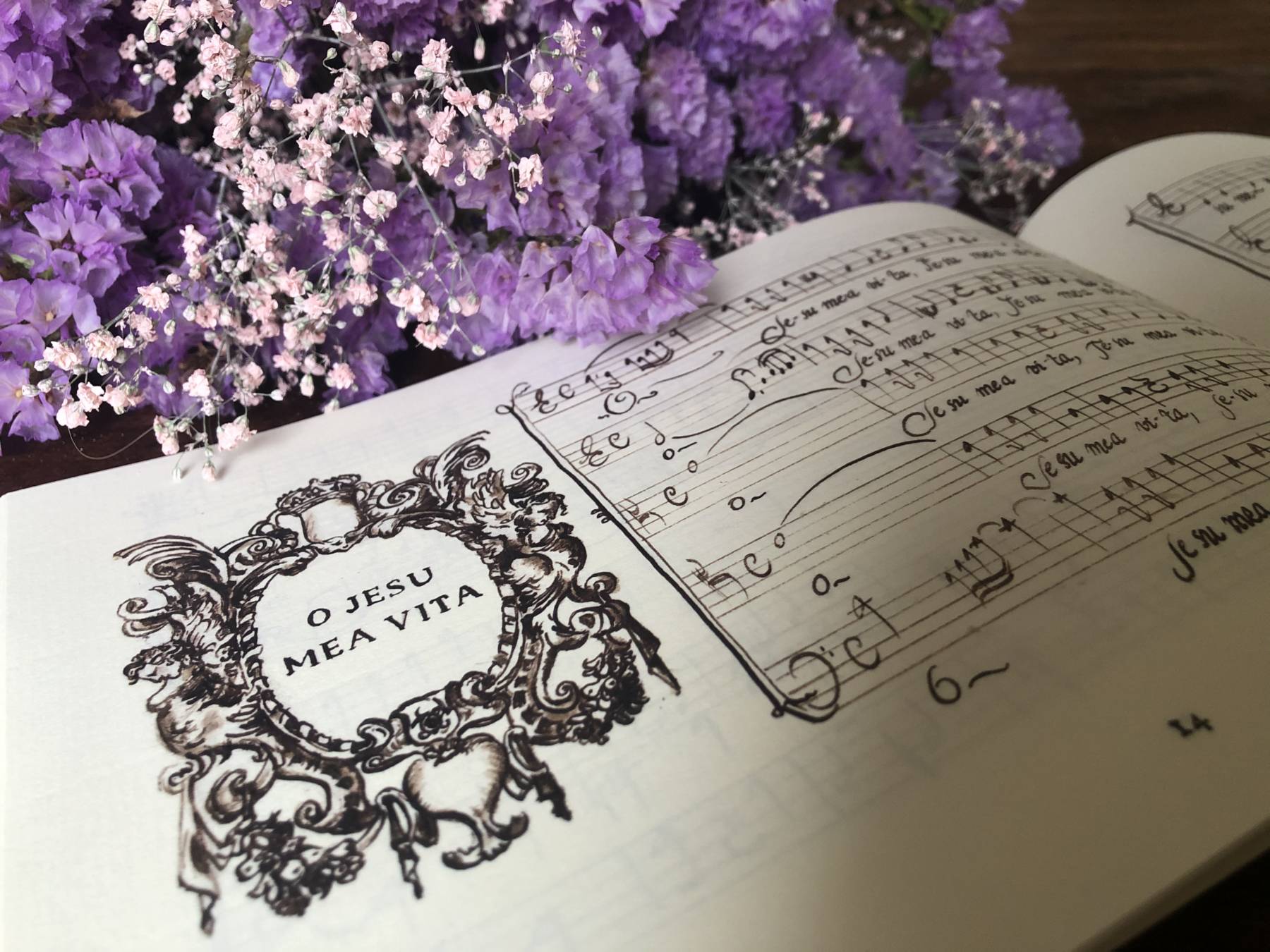 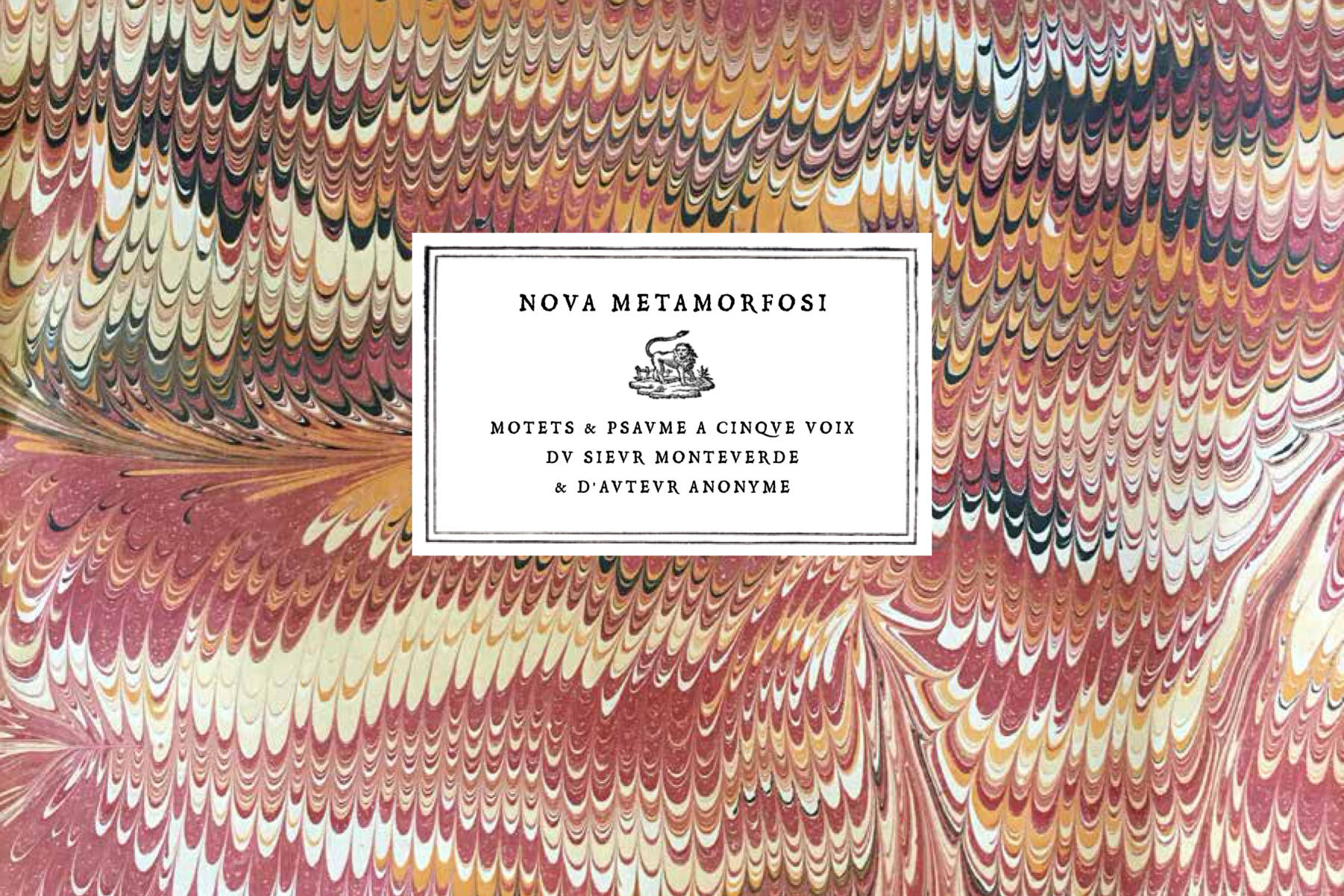 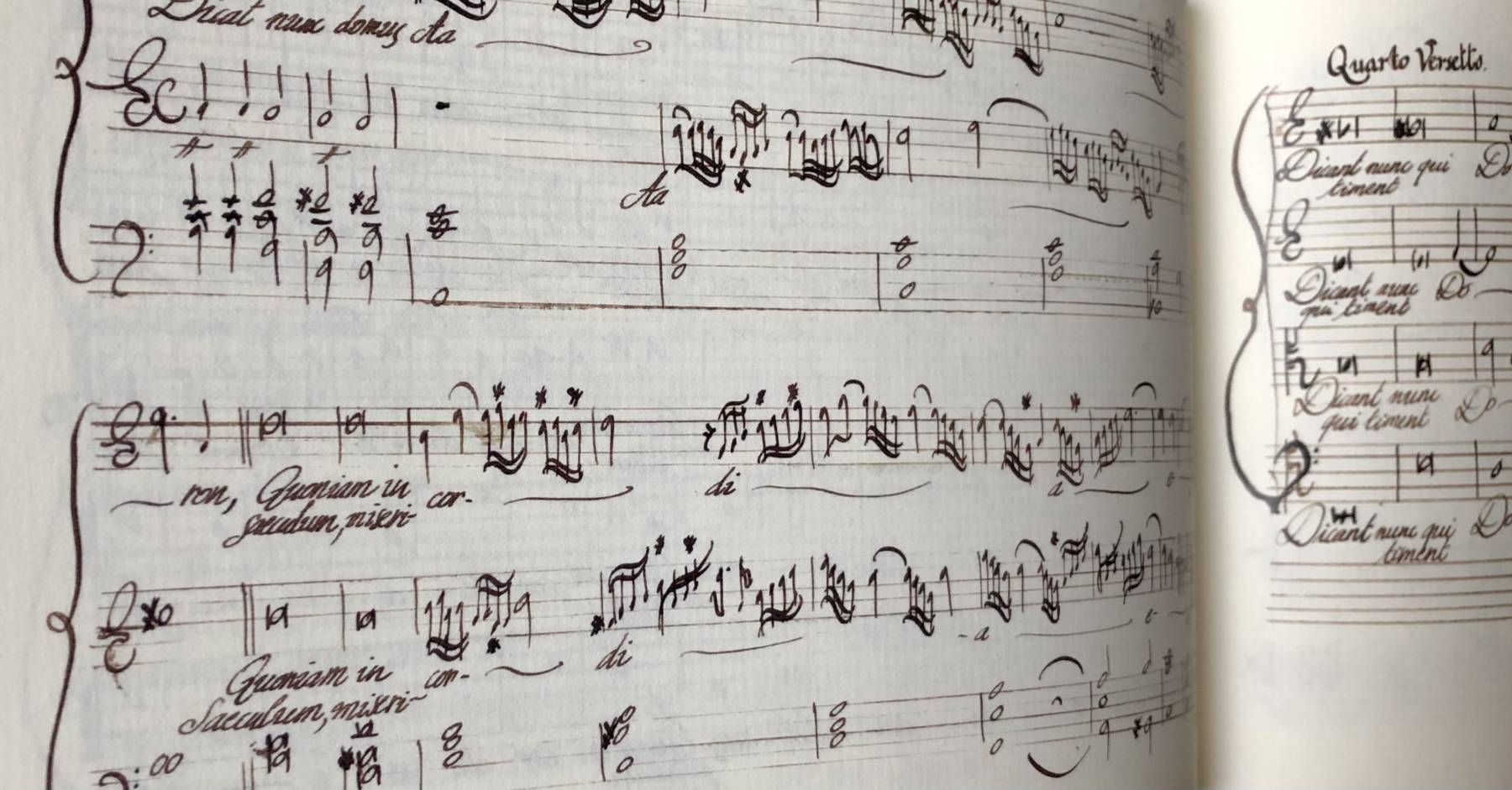 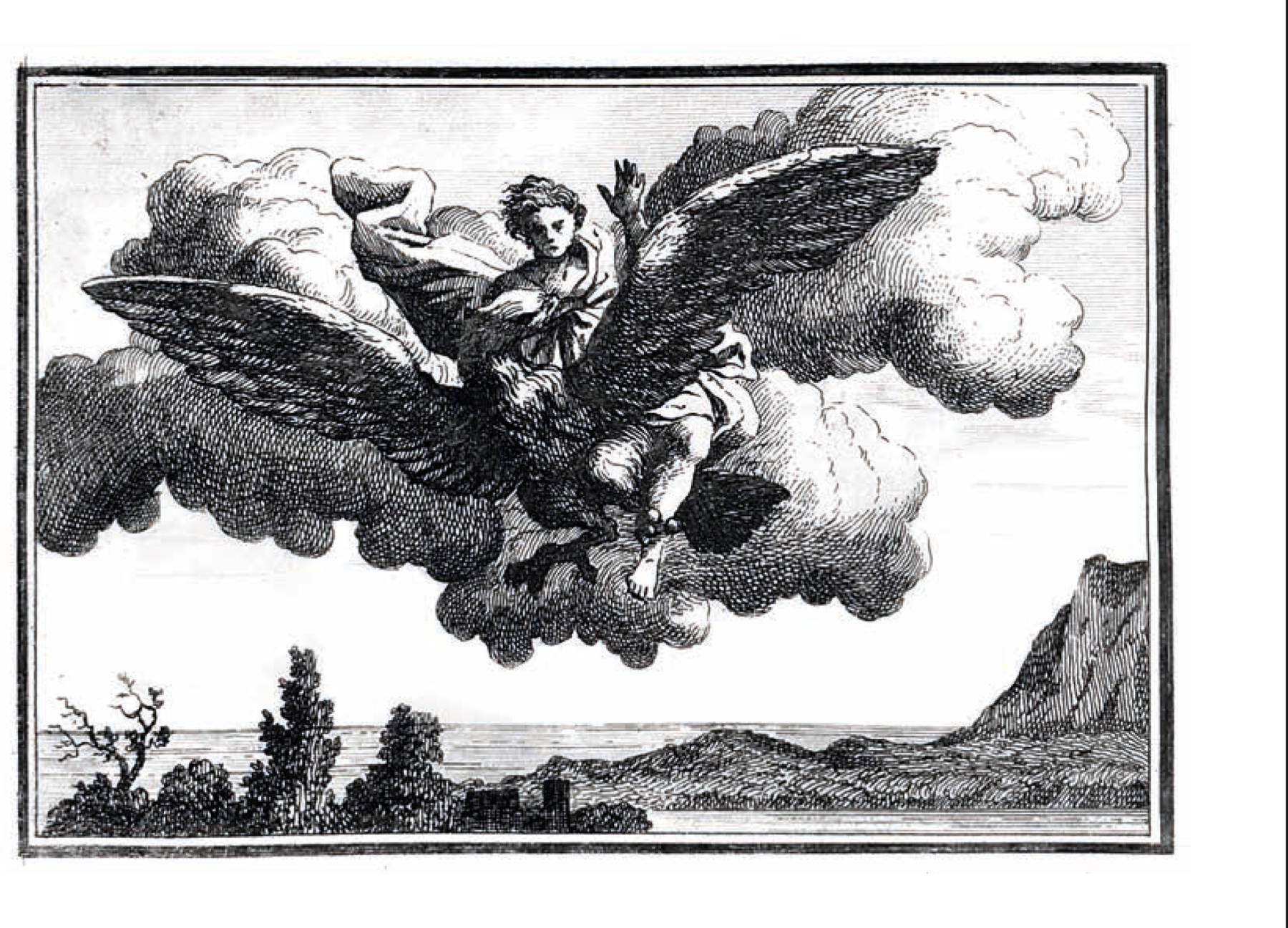